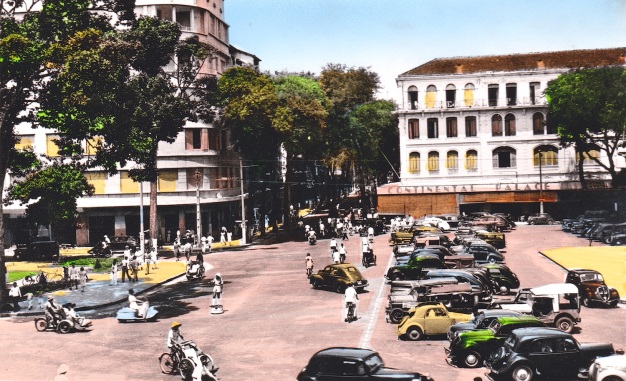 Rue Catinat in the 1930s, with the Hotel Continental at right.

Part IV of Tales of Asia features the cities of Saigon (today’s Ho Chi Minh City) and Hanoi, capitals of French Indochina in the late 1800s and early 1900s, and the most dynamic cities in today’s Vietnam. 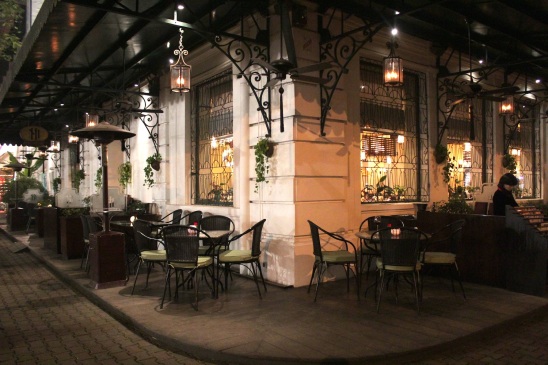 Hôtel Métropole in Hanoi is one of the most beautiful hotels on this Grand Tour of Southeast Asia, and it is easily also one of my favourite hotels of all.  Opened in 1901, it was the grande dame of the Hanoi social scene; and over a hundred years later, as the Sofitel Legend Metropole Hanoi, it remains the city’s most illustrious hotel establishment. 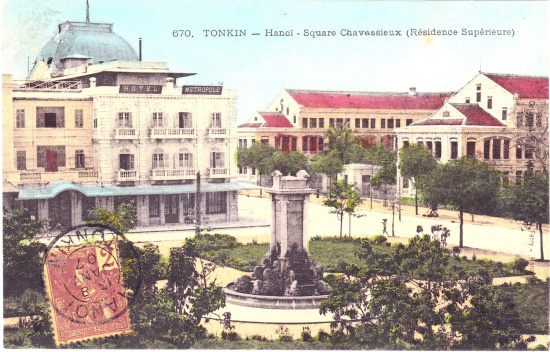 Hotel Metropole sits at left in a postcard from the early 1900s. The square it sits on was known as Square Chavassieux. Across from the Hotel stood (and stills stands) the Residence Superieure.

Stepping into the hotel is like stepping back in time – the atmosphere is chic, glamorous, chic and steeped in nostalgia.  Wrapped up in a seasonal quilt in Winter and supping at one’s aperitif in the famous Bamboo Bar inside the hotel’s central courtyard, one feels transported to Paris during the Belle Epoque (1870s – 1910s). The hotel is lit up with a thousand christmas lights, and the lilting melody of French chansons waft through the air.

Another memorable and unique experience the hotel offers is a spin across town in one of its 1950s vintage Citroën cars. Sailing through the streets in this vehicle, with hundreds of ordinary Hanoi-ans peering curiously at one from their motorcycles, it is hard not to feel like a turn-of-the- century colonialist, ostentatiously descending onto the town for a sumptuous dinner and subsequent merry-making at the cabaret.

[The Romance of the Grand Tour – 100 Years of Travel in Southeast Asia is available now at all major bookstores in Singapore – Kinokuniya, Times and MPH – as well as at museum shops and the airport. As of mid-June, it will also be available at major bookstores across Southeast Asia and Hong Kong, at Waterstones and Blackwells in London. It is further available on http://www.amazon.co.uk and http://www.bookdepository.com] 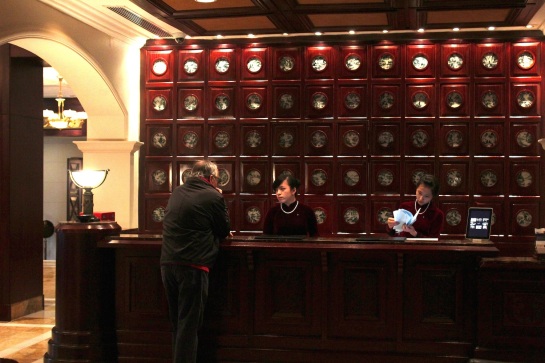 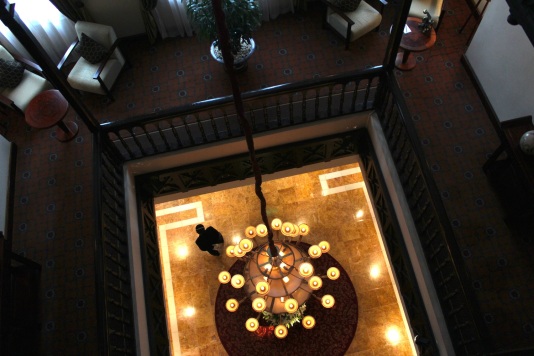 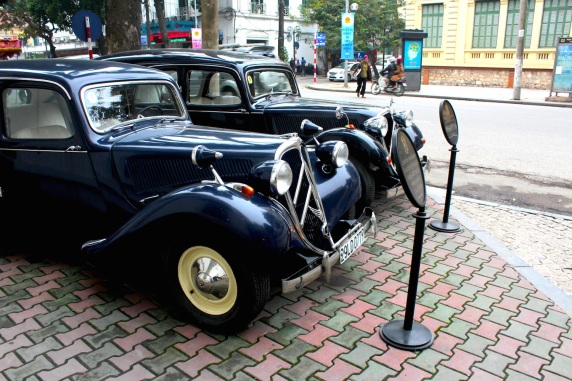 Vintage Citroens at the hotel.