Highlights from the fourth Tales of Asia talk on Saigon and Hanoi, at the Marine Parade Public Library, Singapore on 8 November 2015 are here.

Rue Catinat in the 1930s, with the Hotel Continental at right.

Part IV of Tales of Asia features the cities of Saigon (today’s Ho Chi Minh City) and Hanoi, capitals of French Indochina in the late 1800s and early 1900s, and the most dynamic cities in today’s Vietnam.

Dawn over the Saigon River – view from my balcony at the Hotel Majestic.

Old Saigon has been remarkably well-preserved in today’s Ho Chi Minh City, and there is a resurgence of nostalgia for the (colonial) past that means more of the city’s French architecture is slated to be restored.  If you block out the ubiquitous drone of the motorbikes, and look past the equally ubiquitous visage of Ho Chi Minh, the heart of Ho Chi Minh City – Old Saigon itself -makes for a delightful wander.  Here are five essentials:

✑ A promenade down Rue Catinat, ancien Champs Elysées of Saigon, and the backdrop of many a memorable scene from the Vietnam War. This street has the city’s most important monuments, including the former Opera House, the Notre-Dame Cathedral, and the City Hall.

✑ Rue Catinat and its environs also plays host to all the city’s famous grand hotels. Stop for a cup of tea at the outdoor terrasse of Hotel Continental, to pay homage to Somerset Maugham, circa 1929. Head to the rooftop bar at Hotel Majestic for an aperitif to pay homage to Graham Greene, circa 1950 and to take in the spectacular views of the Saigon River.

✑ Pay a visit to the Ho Chi Minh City Museum, to soak in the delicious period atmosphere of the building – this was the former residence of the Governor of Cochinchina. The exhibitions and displays themselves are rather more propagandistic in nature, but also make for an educational experience.

✑ Have a meal at Quan An Ngon, a chain of Vietnamese street food restaurants that occupy French colonial buildings. These are immensely popular with the locals and the local fare served there, though pricey by local standards, is delicious.

Old Saigon typifies the “ROMANCE” in Romance of the Grand Tour, particularly in the early mornings and late evenings, when the streets are devoid of those pesky motorbikes, and one is transported back a hundred years to L’Indochine Française.

[The Romance of the Grand Tour – 100 Years of Travel in Southeast Asia is available now at all major bookstores in Singapore, Southeast Asia, Hong Kong and London. Find it also at http://www.amazon.com, http://www.waterstones.com and http://www.bookdepository.com.]

The beaming visage of Comrade Ho at the General Post Office building.

Statue of Comrade Ho before the former City Hall Building. 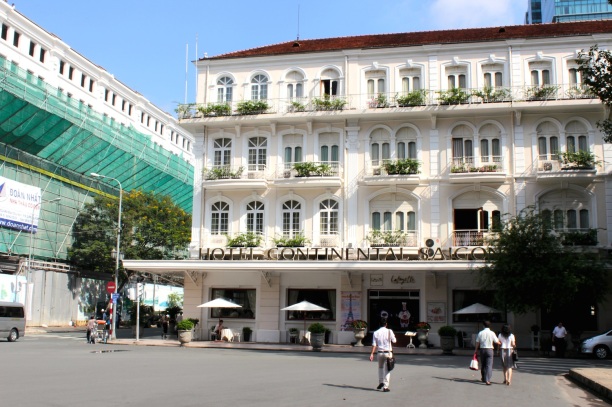 The Hotel Continental, on Rue Catinat. 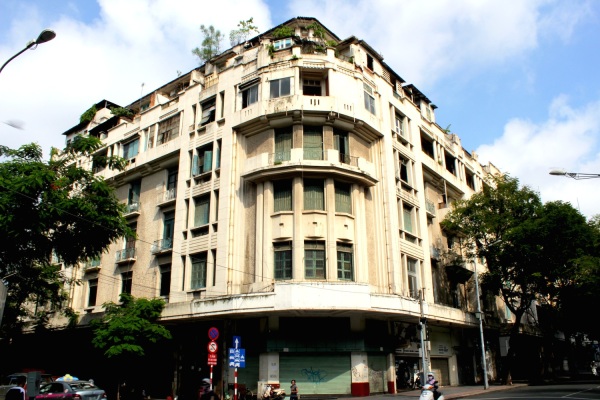 Notre Dame Cathedral, Saigon, and a par of newly weds. 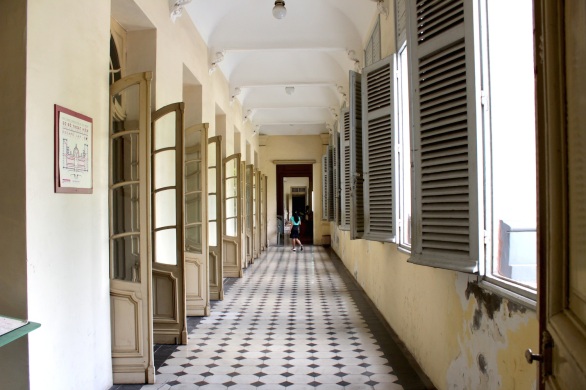 The Ho Chi Minh City Museum was the former residence of the Governor of Cochinchina. 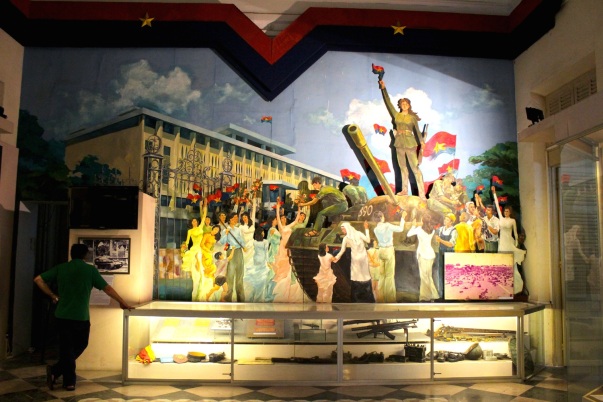 A moment of silence – an old lady sits amidst the ancient banyans, contemplating the past and the future.