Dear armchair time-travellers, here’s a clip featuring highlights from my talk at the Woodlands Regional Library, Singapore on 18 October 2015.  A link to entire talk to follow soon.  In the meantime, enjoy…

A link to the full talk is here: https://www.youtube.com/watch?v=RYa3SA8_7HY 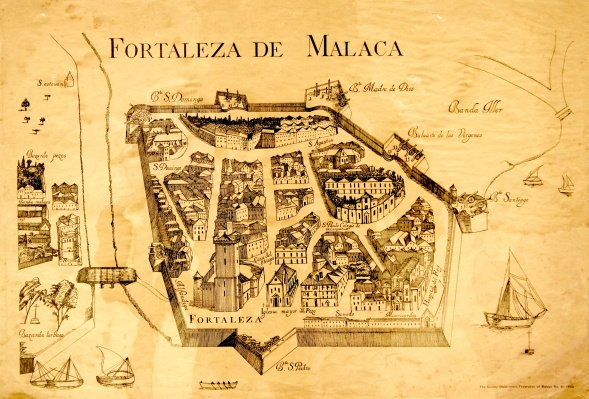 Part I of Tales of Asia – my series of talks on port cities in Southeast Asia – features Malacca and Manila, mediaeval walled cities built in the 16th century by the Portuguese and the Spanish respectively.

Join me as we explore the cities’ rise and fall, and uncover traces of the Portuguese and Spanish heritage that still remain today.  In particular, we… 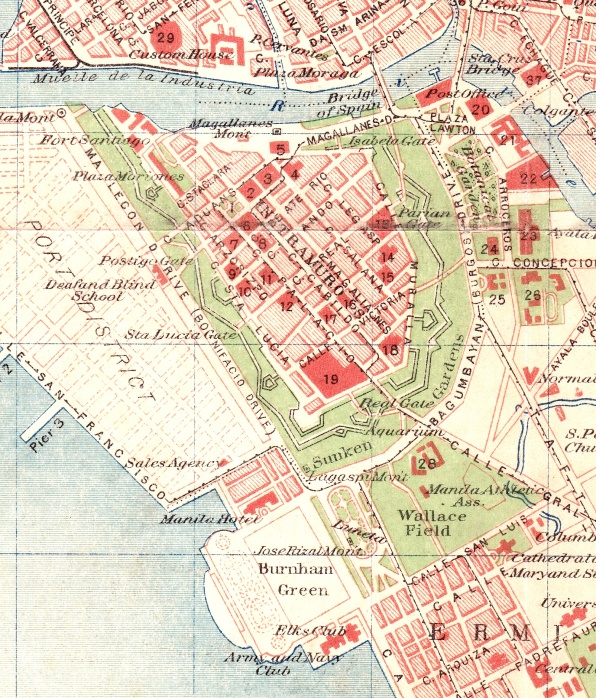 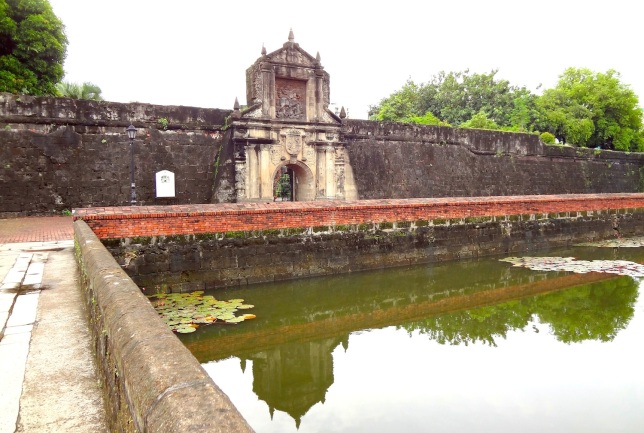 Fort Santiago, Intramuros. This is a latter-day restoration of how the Fort entrance would’ve looked like in the Spanish Colonial era.

Manila was once the Pearl of the Orient, until it was largely demolished in the aftermath of World War II (the Battle of Manila). Since then, restoration of the city, particularly the historic Walled City of Intramuros, has taken place in fits and starts. But don’t let it stop you from visiting the Walled City though – amidst the ruins, and the informal settlements, are beautiful pieces of Spanish-Filipino architecture, most restored, but some original.

Here are the 5 must sees:

✑ The Church of San Agustin (1607), to be transported into the world of mediaeval Spain. The Church was the only one of Manila’s eight churches left standing in the aftermath of World War II – inside, there is a stunning museum of 17th – 19th century religious art. The church was recognised as a UNESCO World Heritage Site in 1993.

✑ Casa Manila, for a so-authentic-its-eerie reconstruction of a wealthy colonial-era mestizo (Eurasian) household. The museum was commissioned by Imelda Marcos herself, and demonstrates the wealth and opulence of many a resident in Intramuros in the Spanish Colonial era.

✑ Fort Santiago, to gaze in amazement at the mediaeval fortifications and walk along parts of the Wall. Follow this with a general wander through the streets of Intramuros, in particularly down General Luna / Real de Palacio Street, for Manila Cathedral and other ruined/restored colonial-era facades.

✑ Rizal Park, formerly known as La Luneta in the Spanish Colonial era.  Pay your respects at the Rizal Monument, and pay a visit to the Philippine National Museum for its excellent collection of Spanish colonial era objects, as well as objects salvaged from wrecked Manila Galleons.

✑ Have High Tea at the fabulous Manila Hotel, which sits on a stunning riverfront location overlooking Manila Bay. The hotel and its immediate surrounds was built by the Americans during a brief American Colonial era from 1898 to World War II.

Note that Manila is by any standards, an extremely dangerous city. If you are venturing out alone, even in the day, keep your wits about you.  Don’t carry anything that would draw attention to you. That includes expensive cameras.

[The Romance of the Grand Tour – 100 Years of Travel in Southeast Asia is available now at all major bookstores in Singapore, Southeast Asia, Hong Kong and London. Find it also at http://www.amazon.com, http://www.waterstones.com and http://www.bookdepository.com.] 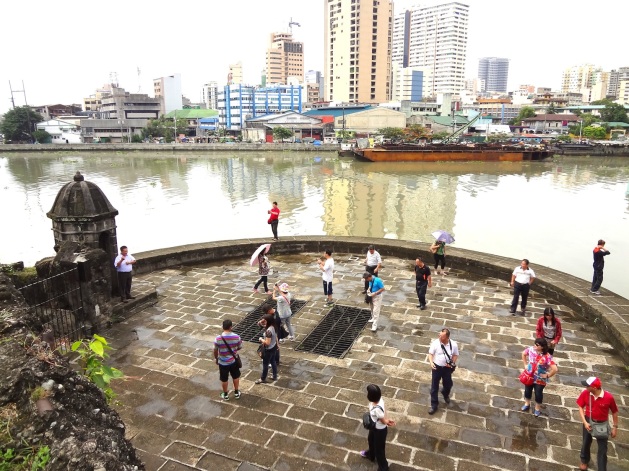 Baluarte, or ramparts over the Pasig River, Intramuros. 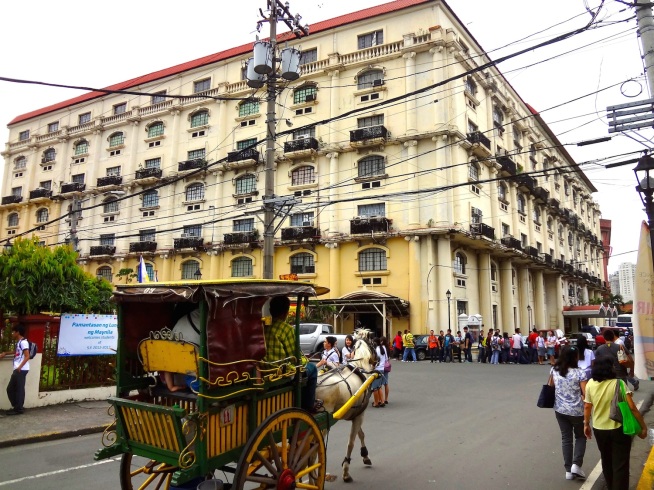 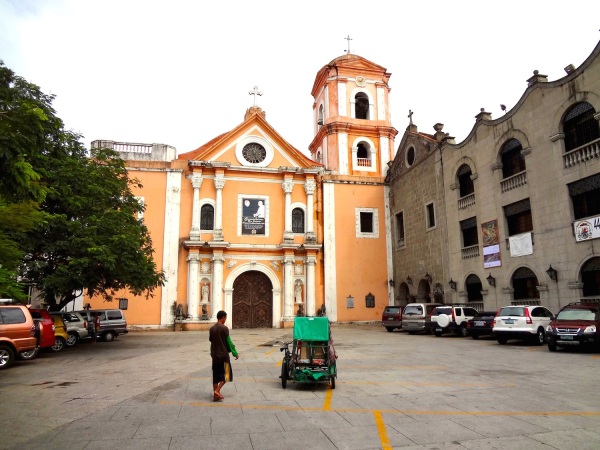 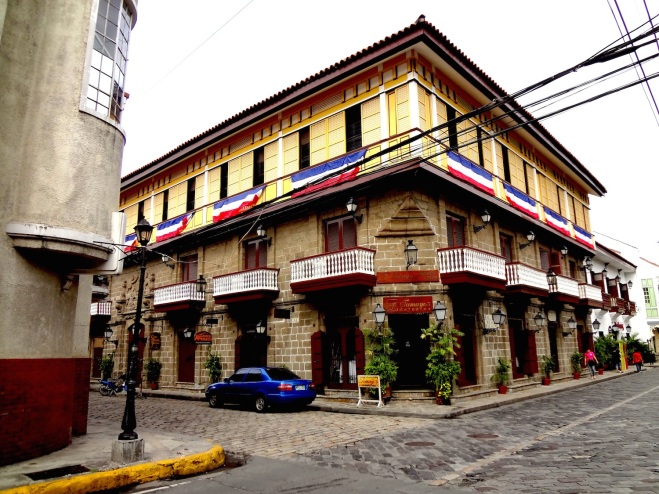 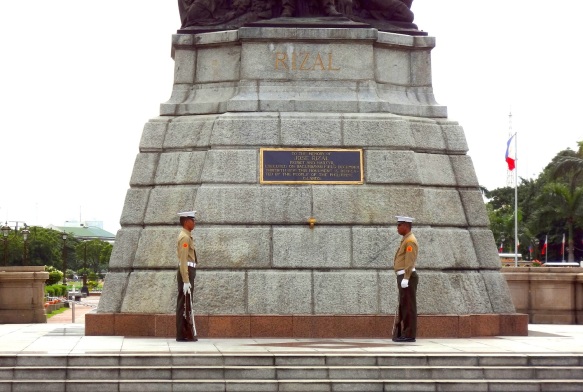 The Rizal Monument is guarded 24/7 by two “Knights of Rizal.” 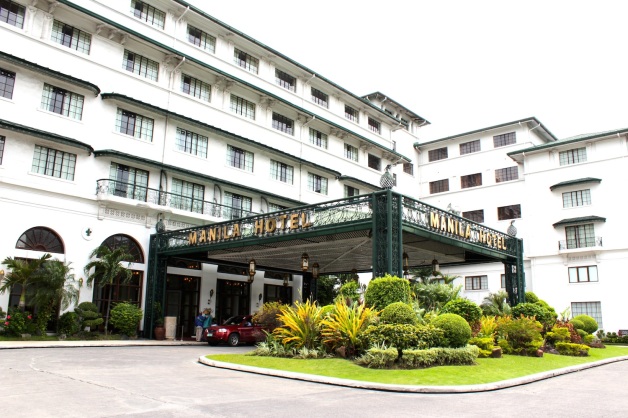 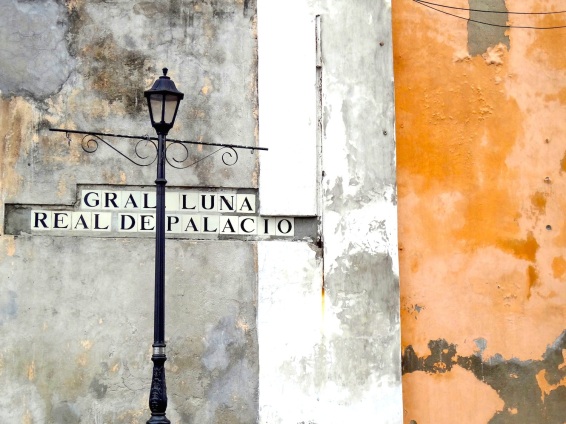 …and a final look back at Intramuros. 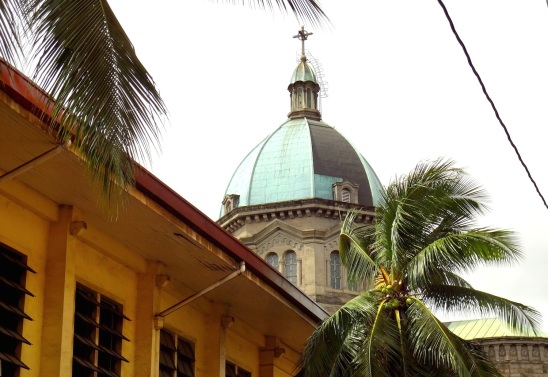 Manila Cathedral and the Headquarters of the Knights of Columbus.

Old Manila was a mediaeval walled city, built by Spanish colonialists in the late 1500s. Up until the early 1900s, it was a beautiful place of baroque cathedrals and ornate villas, reminiscent of towns in New Spain (today’s Mexico), from which it was ruled.  It was known by sailors who stopped on her shores, as the “Pearl of the Orient.”

Unfortunately, much of Old Manila – called Intramuros (or “inside the walls”) today – was ruined in the aftermath of World War II.  Specifically, the old city was a casualty of the Battle of Manila – a key battle on the Pacific front between the United States of America and Imperial Japan.

Today, much of Intramuros still lies in ruins, and around these ruins sit luxury residences alongside shanty-towns.  But look hard (and look up) and you will find windows into the past – when you can just about imagine how it was like 400 years ago when the Spanish brought EMPIRE, RELIGION and TRADE to these shores. 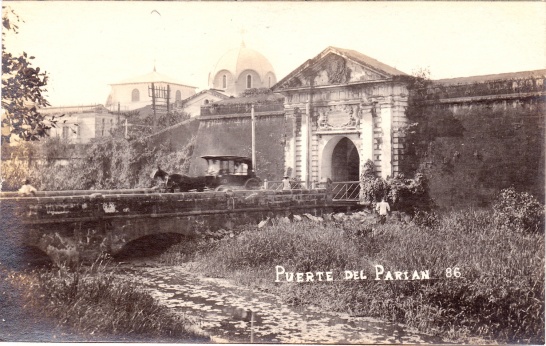 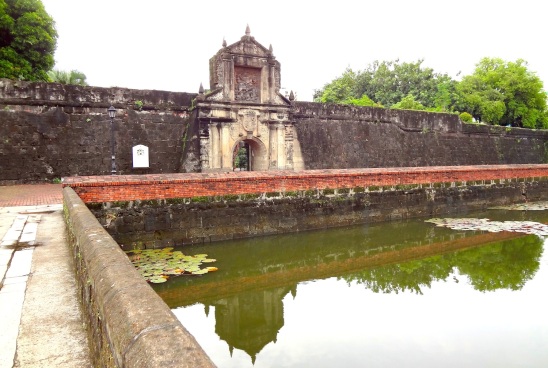 Fort Santiago is the entrance to the Walled City of Manila.